5.8 Million Downloads Ain’t Nothing But A Scam

In the Covid-19 pandemic era, almost everything has moved online, while doing so it has opened up plenty of avenues for scams to mushroom. When it comes to shopping online, we instinctively depend on reviews to determine if a product is worth purchasing. For purchasing apps on your phone though, we depend on reviews and the number of times an app has been downloaded. Using this, some app developers have found a crafty scam to steal users’ data.

Recently, Google had booted off nine Android apps downloaded more than 5.8 million times from the company’s Play marketplace after researchers said these apps used a sneaky way to steal users’ Facebook login credentials. All the identified apps offered users an option to disable in-app ads by logging into their Facebook accounts. 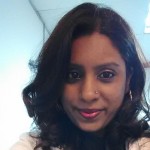 Uptick of e-commerce scams during MCO