Do Not Spread Fake News

June 18, 2021 – The existence of technology has made news travel faster than ever before, but the problem is sometimes not all news you receive on the online platforms are true to its word. Some people use the technology to spread fake news on the online platforms which would cause panic among the people especially if the news goes viral such as what happened today in Malaysia where a social media post claimed the country’s fifth prime minister Tun Abdullah Ahmad Badawi had passed away. 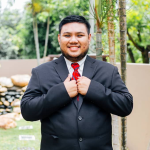 5G is the Next Step

A reason why people are a victim...