Serba Dinamik Holdings Berhad, through the company’s community service programme initiative, today made history for the people of Jeli in Kelantan to enjoy Internet services by using satellite technology.

The Internet community service programme implemented especially for the community of Kampung Lawang Jeli, Kelantan is one of the many efforts in supporting the government of various ministries in Malaysia to offer Internet connectivity solutions in remote areas.

Minister in the Prime Minister’s Department (Economy), Datuk Seri Mustapa Mohamed said, the problems that have been faced in this area, have now been resolved with the cooperation that has been made possbile by Serba Dinamik and Mosyawa.

With the use of satellite technology, it can relieve residents around the 500-meter area who previously did not have Internet access due to its remote location.

The Member of Parliament for Jeli also said that the satellite technology had also been installed at two locations including Sekolah Kebangsaan (SK) Lawang and Kampung Lawang Internet Center.

“Many students are affected in their learning due to Internet access problems during this pandemic. With the installation of this satellite technology, students and teachers can use this basic necessity to become an educational center in addressing the problem of Learning and Teaching at Home (PdPR) “, he said after reviewing the Internet usage of SK Lawang in Kampung Lawang here today.

He also thanked both Serba Dinamik and Mosyawa for taking the initiative to implement an Internet community service programme to bridge the digital divide in rural areas and villages.

“With the spirit of reflection of Serba Dinamik and Mosyawa, InsyaAllah starting next week, a total of 340 students and 60 teachers in this school can enjoy their learning at home and teach their lessons perfectly”, he said.

Meanwhile, the Vice President of the Group Human Resources and Public Affairs, Syaiful Radzman Hj Osman said the satellite technology which was developed by the local company, was one of the social and economic efforts to ensure that the community remained relevant to the outside world.

“We are satisfied today with the installation of Internet access in the Jeli area because it has facilitated the online learning process (PDPR) and also helped the local community’s economy through e-commerce”, he said.

He who is also the Chairman of the Serba Care Team further explained that the Internet access installation project will be expanded to other states including Perak, Johor and Melaka.

The chairman of the Serba Care Team also explained that with the request of the people of Kelantan to add more satellite Internet technology in the state, he will submit the proposal to the company’s management for consideration. 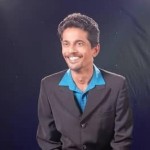 Expecting nothing, Gopal is an old-school reporter living frugally on surprise. He started from scratch 25 years ago and learned some of the most profound lessons and journalistic mysteries from the late Johnny Ong, an award winning writer and poet.

Expecting nothing, Gopal is an old-school reporter living frugally on surprise. He started from scratch 25 years ago and learned some of the most profound lessons and journalistic mysteries from the late Johnny Ong, an award winning writer and poet.

All hands on deck for safe cyberspace